Report on the TENGU Tour held on 8 September 2017


It rained heavily in a way I’d never experienced before, at least at Mt. Takao region.
Actually, it stopped operation of cable car, and we had to wait for more than half an hour at the upper cable car station.


On the plus side, when the rain fall started, we were already within tens of steps from the station, and eating one of the most popular sweets of this region called Tengu-Yaki.


Furthermore, when we finally got to the lower cable station to finalize the tour in a very fine weather, our guests Chelsea and Stephanie had still enough time to visit nearby “599 Natural Museum” and hot springs (Onsen) called “Takao san Gokurakuyu” by themselves.


Noteworthy is that they were unknown to each other, and just applied to our Private Tour program for the same day.
But, they are from the same country, the same city, and similar age (It’s just to my eye of old man).
And they really looked like long-standing intimate friends in the eyes of three aged guides.        (By Sumo) 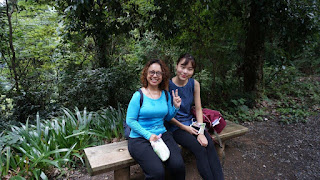 A short break on the way up. 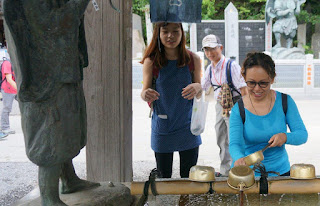 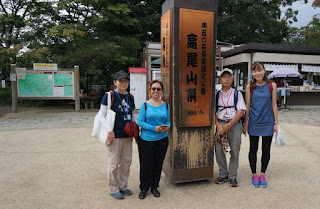 At the summit. With my colleagues, Sally and Nabe 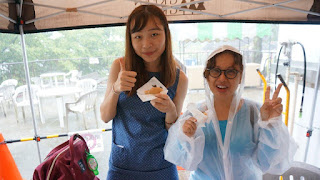